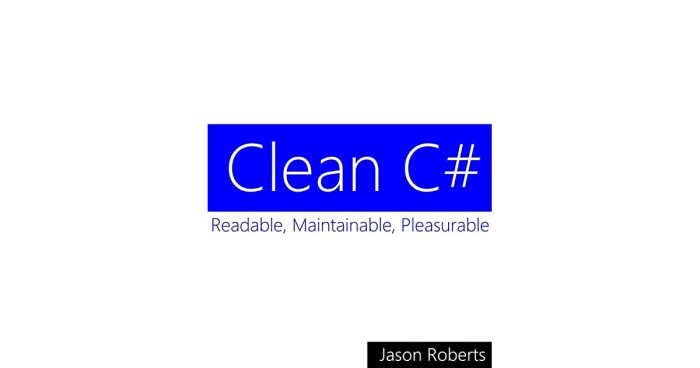 Going through my LinkedIn feed I stumbled on a dear friend post recommending this book called (Clean C# by Jason Roberts).

In his review he described on how it show cases that programming as an art that should not only be easy to understand but elegant to look at! which made me eager to read it.

The book is a small one takes a couple of days to read if you are taking it slow.

Jason Roberts is a Microsoft MVP with over years of experience, he takes us on a journey stating that any code is on a scale from dirty to clean which is based on conventions and well defined rules.

The book is cut in small chapters each has an example that show cases dirty code and the counter clean code.

Also it includes many tips for better maintaining a code and making it much smaller.

Going through the book made me learn many good points some I was following and some I never did!.

One of the points it explains is over commenting a code as this I was in a deep hole!.

He argues that over commenting a portion of code that is self explained is harmful in a way that comments sometimes lose trace of the really code that is was set for, which adds more effort into maintaining the comments with any code changes, such overhead is not needed.

I would suggest everyone to go through the book it is easy to understand and well structured.

The book is free and could be downloaded from: https://leanpub.com/cleancsharp

Wish you a happy read!.

1
Swagger for DotNet API’sSignalR without IIS.

Thanks for this book recommendation.